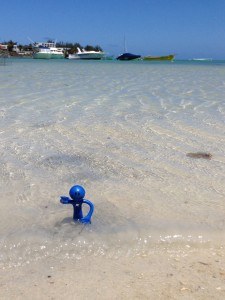 American novelist and social critic James A. Baldwin is responsible for one of our favourite quotes, “The future is like Heaven. Everyone exhalts it, but no-one wants to go there now.”

It speaks to the recognised human condition that rather than grasping the potential of something different and life changing for the better, we often hang on to what we know or have, no matter how bad.

The good thing about what we do at Meeting Magic, whether in Singapore, London or elsewhere, is that the people we speak with like it. Our approach to helping business leaders to make decisions is refreshing with intuitive, creative processes and steeped in collaborative practice. That’s what many of the inspiring leaders of our time are saying is essential for disruptive thinking, good execution and creating a fabulous “employer of choice” culture for modern, forward-thinking companies. Tick the box.

However, it doesn’t mean it’s right for everyone. The risk appetite to change the way things are done varies between people and organisational cultures. Mostly, risk appetite is low (see paragraph 2 above). Perhaps it’s why we find benchmark innovators and entrepreneurial companies so easy to identify. Their management teams have taken a punt (albeit a calculated one) and have developed a plan to disrupt their chosen field to deliver a special value that their customers will support and buy in droves:

These disruptions might begin with an idea in the shower by a charismatic leader but they are developed and discussed by the power of many brains and alternative thinkers who build on each other’s contributions to reach critical game-changing decision points. Buy-in and alignment is there right from the beginning.

If you’re interested in disruptive ideas, start by questioning how decisions get made in your organisation. Are they by top-down “telling & selling” by one or two individuals or are decisions made through a process of true consultation and a culture of co-creation from a wider pool of opinions and experiences?

Is it time to adjust your risk appetite and disrupt your own internal decision-making processes? We don’t have to risk everything to go to our heavenly future but a little courage for a disruptive decision-making experience can get your feet firmly on the first rung of the ladder!

What people like about Meeting Magic (according to the feedback we get) is that we ask the right questions to the right people at the right time in ways that don’t feel disruptive but get the same results. Invite us in to start the conversation by calling us at +44 (0)1628 471 114 or in Singapore / AsiaPac call +65 8244 0244. Or, complete the contact form requesting some organisational disruption. We’ll get you started as quickly as we can.